“Our generation wants to be free”

Work till you’re 67 and then enjoy your retirement. Or could it be different? A search for Plan P: innovative ideas and alternative scenarios for organizing your life, work and retirement. Rethinking for and by young and old.

December 31, 2025 is D-day for Saska van Engen (30). That is the date on which she wants to have saved and invested enough to be able to say goodbye to her steady job. A job she likes, incidentally, but freedom beckons. “If I want to go for a walk then, one of my passions, on a Tuesday morning, I want to be able to just do that.” And she has a dream: to live in the forest in Sweden and really enjoy nature, far away from the rat race.

Puck Landewé (33), thinks she will be financially independent in about a year and be able to live on the revenue from her investment portfolio. For her, freedom is a keyword too. “I want to be able to follow my heart, even if it doesn’t pay much or at all. I’d like to be a forester someday.”

Open-plan office or your own garden?

Van Engen and Landewé are both supporters of the FIRE philosophy, which stands for: Financial Independence, Retire Early. In other words: become financially independent, so that you can retire before you’re even forty, instead of waiting till you’re 67. Or so you don’t have to sit in front of a computer screen in open-plan office, but instead have more time for your own garden, traveling or your own enterprise. That freedom must be bought with striving for financial independence: spend less than is coming in and invest the difference, so that you can eventually live on the returns and the dividend.

From dealing room to beeswax candles

After earning two master’s degrees in economy and finance, Van Engen worked at audit firm EY and ABN Amro’s dealing room, as a risk controller. “I quickly realized that I was not really attracted to that world after all: too hard, not people-oriented enough and I missed social relevance.” At the beginning of this year, she became a business controller at healthcare facility Beweging 3.0. “In the care sector there is less back-room politics and competition: you’re working together to help other people. That’s a much better fit for me.”

In addition to her job, she has a company that makes beeswax candles, she has a hiking blog and a website where she gives advice and blogs about consciously dealing with finances and investments: FinanceMonkey.nl, with about 22,000 followers a month. The latter activity provides her with extra income and contributes to her ultimate goal: to be financially independent at age 35, along with her boyfriend. “Then we can trade our nine-to-five jobs in for freedom to live differently, with more time for ourselves and for helping others in society.”

Read also in this series: 5 caveats to the FIRE-philosophy

Landewé worked for Wehkamp, then for VodafoneZiggo and then for listed bicycle manufacturer Accell Group as a brand and communication manager, after her education in fashion. She quit her job at the end of last year. It was a turning point. “My mother was seriously ill and died, my relationship ended, and I got mono. That’s when I started to think: how can I get more peace in my life?”

She took an Eat Pray Love sabbatical, lived in Rome for a while and started the platform Fireforwomen.com: 27,000 followers monthly and 1,400 community members. Landewé now has three women working for her and makes good money with her website, where she wants to help Dutch women become more financially savvy. There is a great need for that, she says. “Even my highly educated friends responded very reluctantly to my FIRE plans: ‘Isn’t investing on your own very risky?’ My answer is: not if you know what you’re doing and you do it in a smart way. The media also has a stigmatizing effect: personal finance articles for men are often about accumulating capital; the same articles for women are mostly about saving opportunities. Apparently, investing for and by women is still a taboo; one which I want to break.”

Be careful with every Euro

Saving and investing the money you have left in a smart way: you need both for financial independence. Van Engen and her boyfriend put half of their income aside every month. “We made some conscious decisions: we don’t drive a car, we moved outside of the Randstad, and we are careful about how much we spend at the supermarket ... we literally watch every penny.”

99 Percent of the saved money is invested: through index funds and pension investors. But what if the stock market crashes? Would the millennials chasing FIRE be left without a decent pension later in life? That fear is unfounded, according to Van Engen. “I’m only 30. In the beginning you can take bigger risks and focus mostly on shares for the returns and the dividend. As you get closer to retirement age, you can take less risk and, for example, get more into bonds. Pension administrators do the same thing.” Van Engen also points out the importance of a good savings buffer and nerves of steel. “When things slow down, don’t sell in a panic, but keep a cool head. The stock market will pick up again. The coronavirus crisis has shown that again.”

Stick to the plan, Landewé agrees. She also does index and pension investments, but she also invests in real estate: last year she bought her first investment property. With the profit from the sale of her house (she is going to rent) she wants to buy a few more houses. Make sure you have a buffer and watch your spending pattern, Landewé says too. But she does want to eat well and doesn’t want to live too austerely. She puts the emphasis more on earning: through a lucrative side-business or by working more and negotiating better about your salary. “The Netherlands is a champion of working part-time. Many women are financially dependent on their partners; we have a gender pay gap. If women start to earn more, they can strengthen their financial position and accrue capital.” There is nothing elitist or spoiled about that, as critics of the FIRE movement claim, according to Landewé. “I, too, was born into a nice family and enjoyed a good education. I am absolutely privileged. Unfortunately, there are people in the Netherlands who aren’t as lucky and for whom financial independence will not be feasible. On the other hand, I am convinced that, in many cases, people have many more possibilities when it comes to improving their position than they initially believe. Even if you have only ten Euros left to invest at the end of the month, you can take control and create more financial freedom for the long term.” 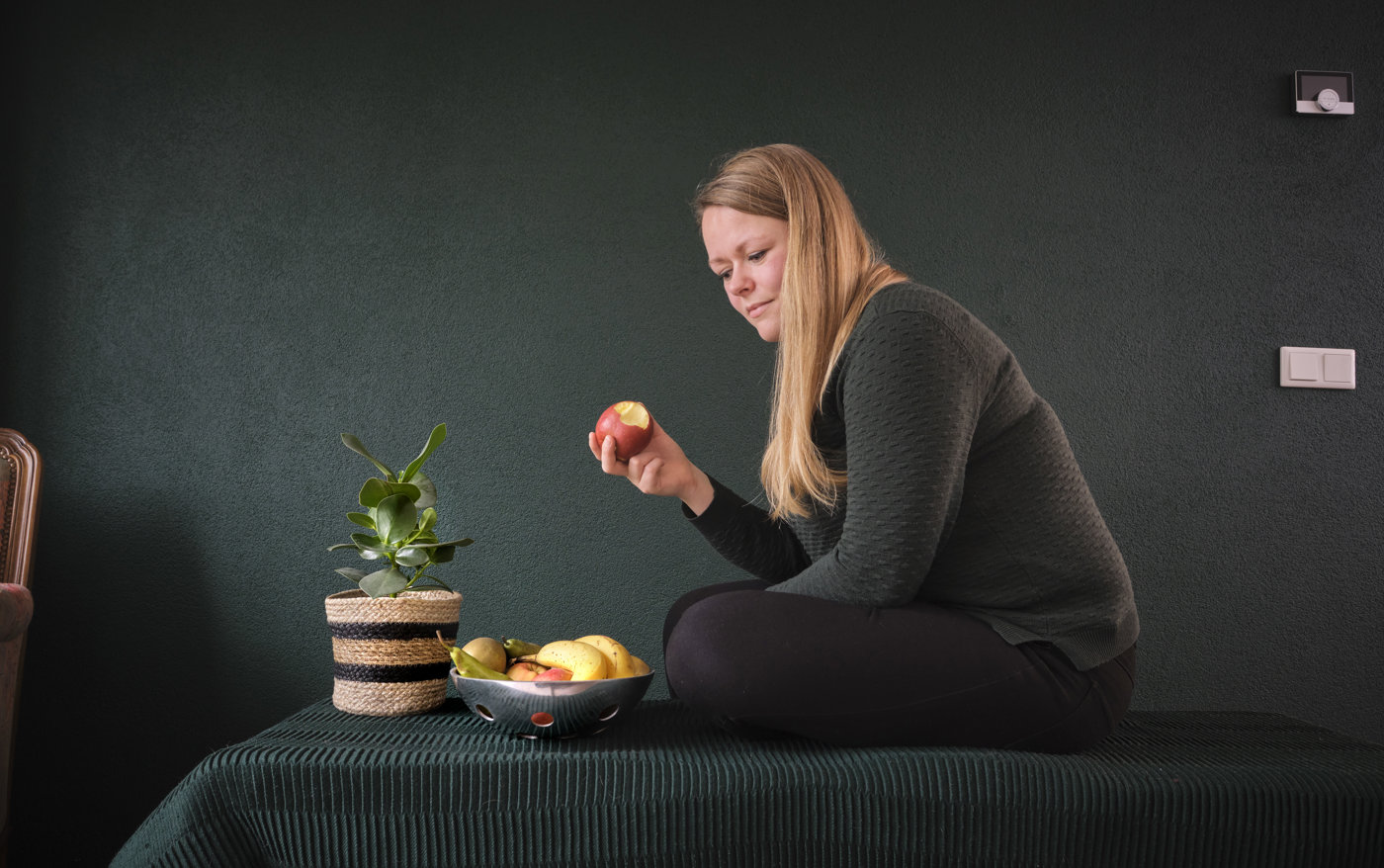 Millennials want to take care of their own pensions …

The Dutch pension system is its own reason to strive for FIRE. “I am assuming there is not going to be any Old Age Pension for me and maybe no pension at all for my generation,” Van Engen says. “Due to the ageing population and the large number of people in their fifties who will soon reach retirement age, the gap between what is collected in contributions to the state pension scheme and the money that has to be paid out will increase. At present, this is still supplemented by other tax revenues, but if the discrepancy continues to widen, this may no longer be feasible. So, there is a good chance that the system will have to be turned upside down in the future, because it has become too expensive and can no longer be afforded. That is not fair to me or other millennials, but it’s better to be pragmatic and build up your pension independently.” Through her employer, Van Engen is connected to an industry-wide pension fund and in addition she does pension investments to use the entire fiscal year. “I’d rather do it all myself. Unfortunately, that is not possible in the Netherlands.”

But doesn't the collective pension system ultimately create the most value for everyone, regardless of age? As a representative of the millennial generation, Van Engen doesn't agree with this. She thinks the new pension system is a step in the right direction. “But ultimately, it should really be individual pension pots. Now, in years of prosperity, the investment returns of non-pensioners can be skimmed off in favor of pensioners, so that the pension fund can meet its obligations in years that are not as prosperous and will not have to compensate for this. To make up for this shift for non-pensioners, a higher return must be achieved on the long-term liabilities by running more risk. However, the upshot of this is that the minimum funding level will rise again. So, there is a vicious circle, which can be broken by opting for individual pension pots instead of a single, collective one.”

Landewé also asked every employer if she could organize her own pension, but to no avail. “Millennials want to be in charge themselves.” Plus, she thinks the current pension system is not accessible, not flexible and not transparent. “You deposit a few hundred Euros a month through the pension premium, but you don't know where that is being invested. That didn’t feel good. Now I can decide for myself what happens to my pension money, choose my own risk profile and invest more sustainably. My generation doesn’t want Shell or Tata Steel shares anymore; we want a better world.”