Who are these people who consciously choose to work in the pension sector? What do they do all day for your pension? And what do they like about their work? We take you behind the scenes.

British Hillary Ovaga (39) is a DevOps Engineer. “I was excited about an adventure like that in the Netherlands.”

How did you end up at APG?

“I used to work at a company in the UK that supplies important software to APG. After about nine years, I was ready for a new challenge and a new environment. I like the idea of an adventure abroad. By chance, APG associates approached me for an expat position. I was instantly attracted to that. In 2019, I applied to APG and was then hired as a Senior Business Application Consultant. Now that’s called DevOps Engineer 4.”

What attracted you to the Netherlands?

“My dad lived here for a while in the 1980s on a scholarship, the Netherlands Fellowship Program. He told us wonderful stories about the country and we used to have postcards from his Dutch friends around the house. That made me feel that I had an affinity with the country, even though I am very different from my father. He is much better at language and has learned to speak Dutch, but it’s not that easy for me yet. It is something I really want to do, and APG facilitates language lessons, but I have been so busy with work and fatherhood lately that I just haven’t been able to get around to it so far.”

“I think it is a great country. The people are a bit more relaxed than they are in England. I also really like the cycling culture here. Dutch people are very helpful in many ways, especially when it comes to language. If I had gone to Germany, I would have been under much more pressure to learn the language. But you people are so good at English and don’t expect expats to speak your language. I do have difficulty sometimes with how direct you are though. In England, we carefully ‘wrap’ a message; here you just say it as it is. I had to get used to that. But it does have some advantages. Another thing I like about the Netherlands, incidentally, is the tax advantage expats like me get (the 30-percent scheme for knowledge migrants, ed.) That makes up for the high cost of moving to another county, to some extent.”

And so, now you are a DevOps Engineer 4. That sounds like a secret language. What exactly do you do?

“The reconciliation process is the daily mandatory and essential final stage of any asset management and investment business. APG buys and sells; we pay people and people pay us. All those transactions have to be checked. Very simply put: if we sold five shares, did the other party really receive five shares, and were we paid the right amount for them? The software we have built verifies this. This step is essential to detect, for example, errors, discrepancies, inconsistencies and fraud. Failing to do this can lead to losing control of cash and assets, fines, reputational damage and potentially a negative impact on returns, which is ultimately bad news for both APG and pension clients and the hard-working public that contributes to pension funds. I am involved in designing and building that software. I have to make sure, along with my coworkers, that it does what it is supposed to do. If our users encounter a problem, it is partly my responsibility to solve it as quickly as possible.”

“A lot of things. First of all, I love this sector. I happened to get into it after university and initially didn’t know if it was a good fit for me, but over time I’ve become really fascinated with it. The focus on data is also very interesting to me. Data is the new gold, and everything runs within our system. It also gives me a lot of satisfaction that we are the final watchdog in the company. There are multiple departments that keep an eye on everything, but in the end it all comes down to our system to detect errors and potential fraud. That is very satisfying to me. I am also lucky to work with nice, respectful and dedicated coworkers, real team players that are great to work with. And I like the way the company takes care of its employees. As an expat, everything was also arranged for me. I could go on like this for a while, but I’ll leave it at one last comment: I think it’s great that you get a lot of opportunities to learn and grow here, and that this is also encouraged.”

You’re managing people’s pension money, so you need to be sure you’re making good, responsible, and sustainable choices

So, working in the pension sector is not boring to you?

“No, it’s not. As a little boy, it would never have occurred to me to work in this industry, but now that I’m doing it, I like it very much. What APG does is in line with what’s important to me. They invest responsibly and sustainably. Plus, no other company has to justify those investments as much as APG. You manage people’s pension money, so you have to be sure that you are making good, responsible, and sustainable choices. In my view, that is far from boring. And I haven’t even mentioned all the innovations we get to work on, such as artificial intelligence, machine learning and cloud computing. When you hear the word pension, you think of old people with canes, which is probably a boring image, but that’s not at all how I experience it at APG.”

What does the average day at work look like for you?

“We are still working from home a lot. I think that’s a shame, because I always liked going to the office. The first thing I do in the morning is check whether there are any problems with the software. If there are, that’s the priority, of course, and we have to solve it as quickly as possible. If there are no problems, we have a daily meeting at nine o’clock. In it, we discuss what we are going to do that day and whether we are experiencing any particular obstacles in achieving our bi-weekly goals. Then we have time to focus on our tasks, in my case mainly designing and building the software. That focus is also important, because you have to be able to concentrate to do your job effectively.”

What gives you satisfaction in your work?

“Getting things done. Solving software problems and making sure the company has everything it needs for unimpeded business operations. Completing and finalizing new software that I have built and knowing that it adds value to the business. It gives me a lot of energy to know that I am contributing to that. Being fairly rewarded for doing this also motivates me. Working here broadens my horizon, I am learning so many new things. And being an expat here feels like a big adventure. I am sort of a part of society, even though my Dutch is terrible.” 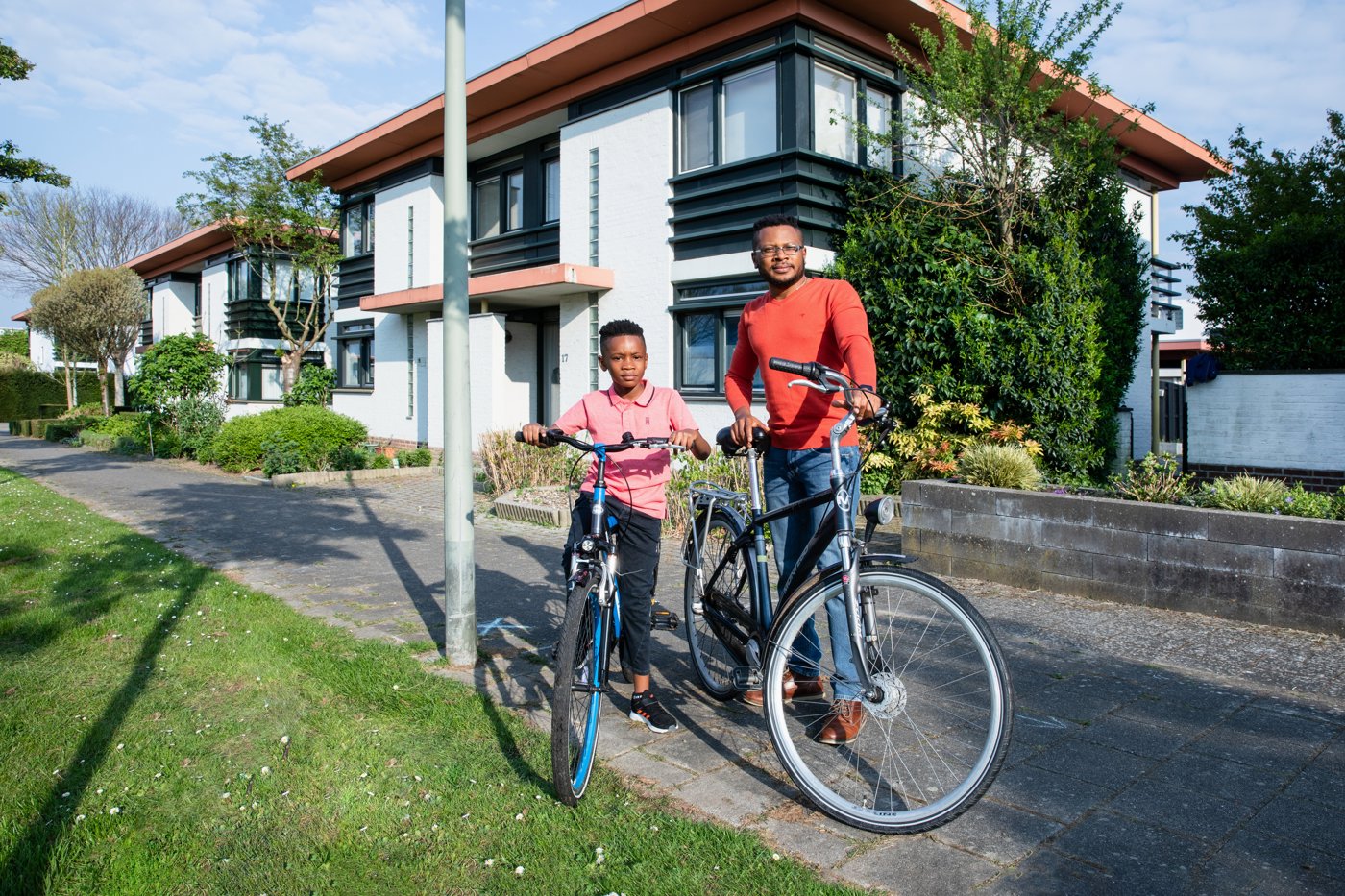 What do you do when you’re not working?

“I am a single dad with a 7-year-old son, which takes up a big part of my life. Play dates with other kids, watching Boss Baby and Magic School Bus with him and going to soccer on Saturdays. When I can, I go out for a beer with some friends. I also really like to learn new things and enjoy watching documentaries about history, cosmology, nature, psychology and physics. And I watch movies and series when I have time for it. If I want to put my brain at zero for a while, I watch Family Guy, BoJack Horseman or Green Eggs and Ham. I don’t lead as active a life as I would like, simply because as a single dad I don’t have a lot of time for it. I do run a few times a week and I go for a long walk every day.”

How are APG clients concretely affected by your work?

“If I do my job well, APG doesn’t get fined and customers don’t get bad news. If I make sure - along with my team - that the system does what it's supposed to do, then no money will be lost due to human error or fraudulent activity. It’s an important step.”

“The software I build looks for errors and fraud”

Is stopping corona support such a good idea?

Can we expect a Great Resignation in the Netherlands as well?

"The smallest design changes can make a big difference"

“Is the end of the trade conflict between Europe and the US good for the economy?”

"That collegiality is even more important than all financial arrangements"

"Money doesn't make you happy, but worries about money do make you unhappy"

“The software I build looks for errors and fraud”