Will the number of working seniors continue to increase in the coming years?

What is causing the huge labor shortage?

Big (tech) companies often reduce tax by cleverly shifting profits to tax-friendly countries. As an investor, APG has been appealing to companies for years about responsible tax policies and is now going to further increase the pressure. Alex Williams explains how.

Have you grabbed a latte macchiato at Starbucks, ordered something online from Amazon Prime Day, liked a post on Facebook lately? Every coffee, every online purchase, every click, brings in money for these three companies but they can reduce the tax burden on those earnings. Big companies with global operations sometimes manage to significantly reduce their tax bill by shifting their profits to tax havens. The G7 - the club of seven major industrial nations - wants to combat this with a recently concluded agreement: from now on multinationals will have to pay tax in the countries where they made their turnover, at a minimum rate of 15%. Currently, 240 billion dollars is lost annually worldwide through tax avoidance, according to the OECD, the Organization for Economic Cooperation and Development.

APG has been using its invested assets of nearly 600 billion euros for years to influence the tax policies of big companies, according to responsible investment specialist Alex Williams. What's more, those efforts will be stepped up considerably in the coming period. This is also in line with the tax principles that ABP - the largest affiliated pension fund - published at the end of last year. ABP not only wants to demonstrate responsible tax behavior itself, but also to promote it among the companies it invests in through its pension provider APG. A survey showed that the majority of participants agree: 62% disapprove of tax avoidance and many believe that ABP should not invest in companies that evade (51%) or avoid (32%) tax. The first illegal, the second legal but undesirable form a societal perspective.

The pressure on companies to pay their fair share of taxes will therefore only increase in the coming years. But how is APG approaching this in practice and how difficult is it, according to Williams?

Were you happy with the G7 agreement?

“It is good that the importance of a responsible tax policy is now receiving a lot of attention in the press and is now on the radar of politicians and society. This puts it higher on the corporate agenda and makes it easier for us as investors to ask about it. But the tax policies of multinationals have been under discussion for much longer: the OECD and the European Commission have been working for years to reduce aggressive tax planning. Their action plans and rules against profit-shifting between countries are at least as important as the G7 agreement. As investors, we too have always been looking at companies’ tax policies in order to call them to account if necessary.”

As investors, what do you think is fiscally responsible behavior and what is not?

“Our vision is that companies should not shift their profits between countries for the lowest tax rate. We believe that companies should adopt an ethical stance, that they should act not only according to the letter but also according to the spirit of the rules. It is sometimes possible to avoid paying tax while strictly complying with the law. But the fact that it is possible does not mean that you should want to do it. As an investor, we therefore look not only at whether the company is complying with the tax rules, but we also make a moral judgement on its tax policy. This is also because aggressive tax planning comes with a reputation risk, especially for consumer companies like Starbucks. Negative stories in the newspaper can put pressure on future returns. We also want companies to be more transparent about their tax policies; currently, it is often unclear how much tax they pay in each individual country.”

How do you hold companies accountable for their tax policies?

“We make a list of companies with the lowest effective tax burden: that is, the tax paid divided by the pre-tax profit. In roughly three quarters of cases there are bona fide reasons for the low tax burden. For the remaining quarter, we ask companies why they pay so little tax. We start this dialogue at the top, although tax policy is still often a matter for the management layers below. That is one of the things we want to change: tax policy is part of being a responsible company, so the highest level should be involved.”

Can you give an example of one of those dialogues?

“Yes, here’s an example: we started a dialogue with a telecom company. That company had a fairly low effective tax rate, for which they had a valid reason in itself: they had made losses in several countries. But there was also a tax issue in India that led to a lot of negative media attention. The company then opened up: they published a 90-page report in which they answered all the questions in one go. This shows what pressure from media and investors can lead to. Another example is a mining company. We asked them about the use of tax havens. New management had just taken office, which proved to be a good catalyst for change. Sometimes as an investor you can then suddenly get a lot done.”

And in what situations does it not work?

“We also spoke with a tech company, because we couldn’t find a good reason for the low effective tax rate in our own analysis. Frankly, we are still not 100% convinced by their explanation, so there is still work to be done there.”

“With Big Tech companies, there are so many other issues, that sometimes we focus on those first. Mainly about data usage and privacy. But also about employee rights and union representation. But eventually we will start discussing tax policies as well. With some Big Tech companies, we are already doing that.” 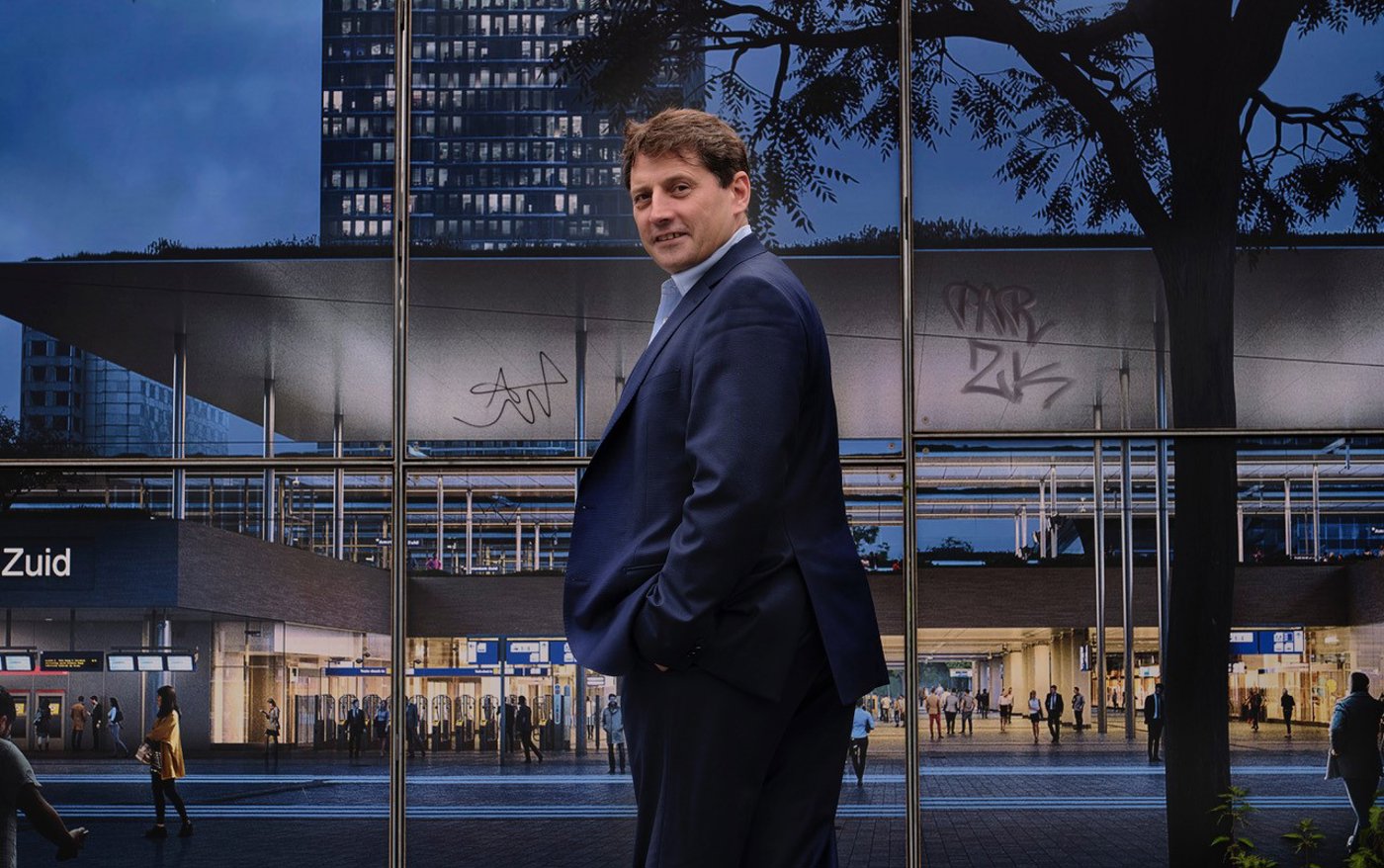 Do you collaborate with other big investors?

“Yes, with coalitions of about four to five like-minded investors you can exert more influence. That applies not only to responsible tax policy, by the way, but also to issues like sustainability and social equality. For example, we are working with the Dutch pension administrator MN and with Scandinavian investors. Perhaps in the future we will also work more with American investors now that the Biden administration has put the tax policy of multinationals on the agenda.”

Do you ever vote against tax policy at shareholder meetings?

“Companies often don't put tax policy on the agenda of the shareholder meetings, so then it can’t be voted on. I expect that to change in the future, yes. What we can do as investors, is vote against the appointment of the directors that are responsible for tax policies, if a company behaves undesirably in tax matters.”

Can an irresponsible tax policy be a reason to stop investing in a company?

“We see this as the last resort. We would prefer to remain shareholders, because then we can at least use our interest to exert influence. If we sell the shares, we no longer have a say. But if nothing seems to be working and we see no change or, insufficient change, it may become difficult to continue to invest in such a company.”

Does a responsible tax policy come at the expense of profitability?

“Aggressive tax planning to report more profits and pay shareholders more dividends is a short-term strategy. No company can sustain that for years. Loopholes in the tax laws are also increasingly being eliminated. So, it is not a sustainable model. We are a long-term investor: the short-term results that companies achieve with an aggressive tax policy make little difference to our ultimate return, while the risks involved are high. Tax evasion or avoidance can backfire on companies in the form of fines or reputational damage. In our investment analysis we therefore always look at how sustainable the tax policy is, because ultimately that is what generates the greatest return. So, the financial and ethical perspectives overlap.”

How intensively will APG hold companies accountable for their tax policies in the coming years, and what does it take to do this?

“So far, we’ve been looking at the effective tax burden from company to company; it is a manual process. We will soon be automating this process so that we can map and analyze the tax policy of all the thousands of companies which we invest in all at once. We are currently in discussion with external parties who can provide us with the data for this. On that basis, we can start classifying companies into leaders  and laggards in terms of responsible tax policy, just as we do for sustainable and social behavior. This way, we will soon be able to address the laggards about their tax policy on a larger scale. We have already freed up extra manpower for this purpose.”

Are your hands itching?

Laughing: “Our hands have been itching for a long time. Now that we have been stepping up our efforts in recent years, we can exert even more influence on companies - and focus that influence - to pay decent taxes. The pressure is continually increasing.”

Does lower consumer spending have any economic benefits?

How dependent on China is the Dutch economy, really?