Many of the self-employed are hardly accruing any pension. Of the 1.5 million self-employed persons in our country, 40 percent saves (way) too little to enjoy a comfortable retirement in the future. And that’s worrying, according to legal expert Mark Boumans, who recently graduated on this topic at the VU University of Amsterdam. “Pension funds have an obligation in this respect, by creating custom products for the self-employed.”

Our pension system may be known for the best in the world, this is of little interest to the self-employed. They largely fall outside the scope of the pension system, is the conclusion of Mark Boumans in his thesis on pension for the self-employed. Boumans is working at pension consultant Montae & Partners and connected as a legal expert to the Center of Expertise Pension Law of the faculty of law of the VU. He conducted a seven years’ investigation on the pension situation of self-employed people in the Netherlands and discovered that it doesn’t look good.

Whereas employees usually accrue (mandatory) pension through their employer, the self-employed are responsible for their own pension accrual. In practice, however, it has become clear that not all self-employed persons take that responsibility. And that could result in a major problem, says Boumans. “If you don’t save money for your pension yourself, you will only be entitled to the state’s pension (AOW) later on. That’s not a bad thing if your income has always been at the level of minimum wage. But a large group of workers who are used to a higher level of income, will not be able to make ends meet.” And if it turns out later on that a large group of people has not saved enough pension, it is very likely that society has to pay the bill.

Reason enough to do something about it now. But as the self-employed continue to postpone their pension accrual, the politics is doing the same with the self-employed issue. The problem already started, according to Boumans, with the establishment of our social provisions. “Even back then, there were discussions about the ‘self-employed workers without employees’ and what we were supposed to do with them.”

The group of self-employed has grown substantially, in particular during the last two decades. The Netherlands even is the European frontrunner in this respect, according to Boumans, and he expects for this increase to grow even more due to Corona. 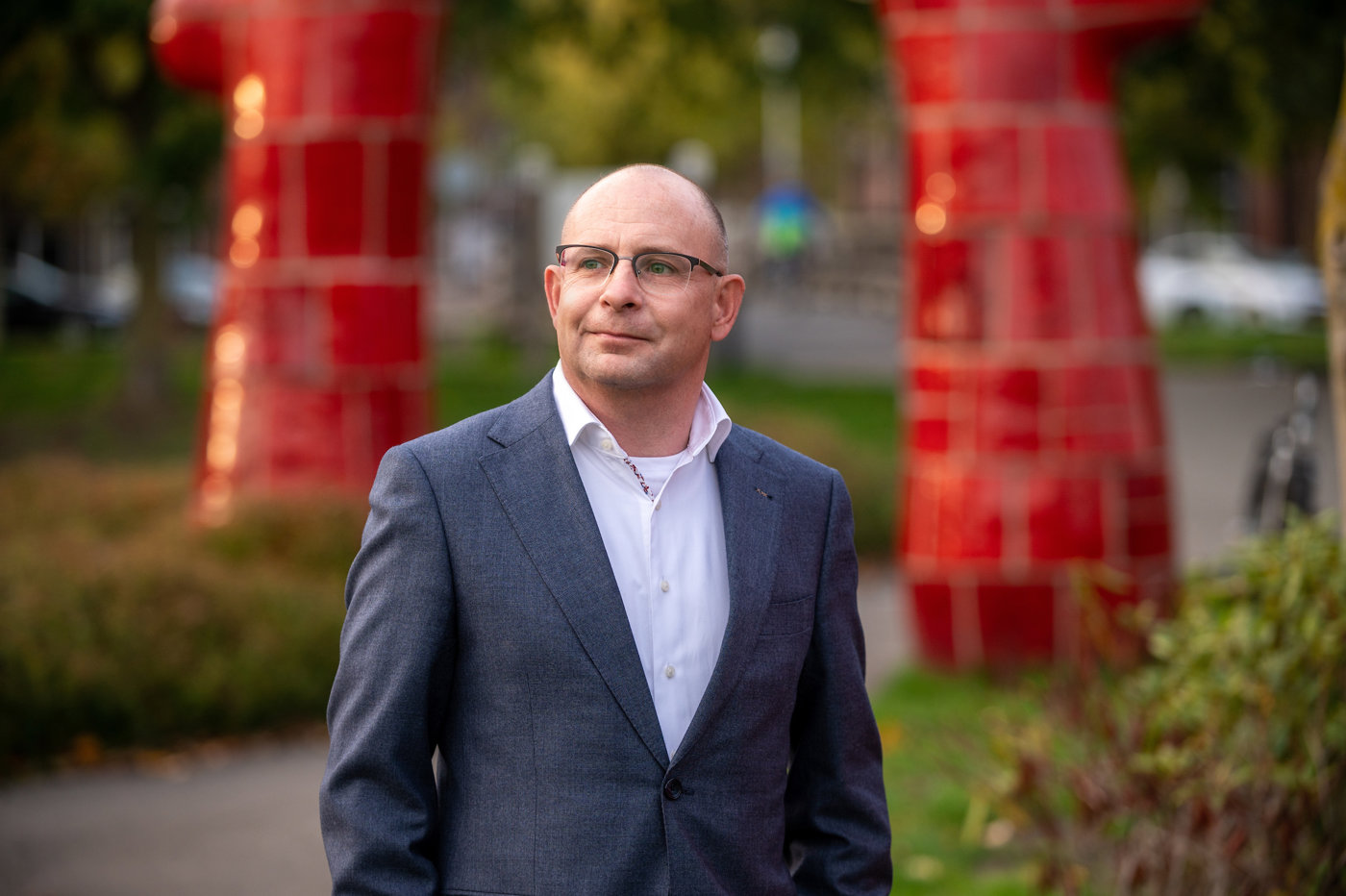 You would think that the pension agreement has surely taken this into account. But that’s not the case, according to Boumans. “A new system is announced but what is actually coming, is a different design of the supplementary pension, as arranged for employees. That is what it’s about. When you look at all Parliamentary Papers over the past ten years, it almost always involves employees. It’s not until the last page that you will see a small section on the self-employed.”

The things that go wrong

This is where it goes wrong in the current system: everyone in the Netherlands, including the self-employed person, is entitled to a state’s pension (AOW), the first pillar of the pension system. But they have little access to the second pillar, the collective and supplementary pension of, for example, the sectoral pension funds. There are only two sectoral pension funds to which a compulsory participation applies, one in the construction industry and one for painters. That involves, according to Boumans, 2 to 4 percent of the self-employed. The remainder of the self-employed persons is dependent on the third pillar: ensuring supplementary pension in private by saving money through the bank or by taking out an annuity insurance. But only 11 percent actually does that.

The vast majority of the self-employed saves for his/her pension outside the pension system, by saving and investing money, Boumans concludes. That is to say, if they save money at all. That’s a bit strange in his opinion. “We have the best system in the world, yet 15 percent of the working population in our country is not participating. That is quite extraordinary to me.”

That brings us to what Boumans calls the ‘taboo subject’: obligation. The word obligation is like a red rag to a bull for the self-employed. Still, he is a supporter. “If you give employees the choice in whether or not to accrue pension, it wouldn’t surprise me if many of them would respond: just forget about it. And that’s exactly the way the self-employed feel about the topic. We have a variety of voluntary possibilities to accrue pension in the third pillar and beyond, but a large group is not utilizing those possibilities.”

Procrastination is one of the reasons, Boumans thinks. “Pension is complicated and no fun to think about. People often really start thinking about it once they reach their fifties. But if you still have to save your pension capital by then, you may well be too late.”

We have the best system in the world, but 15 percent of the working population in our country is not participating

There’s also something called an interim solution, which is very attractive to Boumans. Either an opting-in variant, giving you the choice to join, or an opting-out variant, where you save pension automatically, unless you object. “Behavioral economics shows that people are usually choosing the standard option. The same behavior can be seen when it comes to the Donor Law. If you would like a much larger group of self-employed to start saving for pension, without making it mandatory, this is the best way to do it in my opinion. You could create a generic nationwide pension scheme for the self-employed, executed by a pension provider. The problem is that this variant does not yet exist in the Dutch system.”

Boumans also investigated how this has been arranged in other countries. The problem appeared to exist to a much lesser extent or not at all in Belgium and Denmark, but the self-employed issue is considered a ticking timebomb in the UK, he says. “The growth over there is also booming and similar issues occur. What is interesting though: a system of opting-out is in place for employees and the employer has to offer a pension which the employee is then able to refuse. You participate, unless... The discussion is now ongoing in the UK whether they should introduce that same arrangement for the self-employed. If that happens, it is very interesting for the Netherlands to see how that works out.”

What causes the rise in the coverage ratio?

"In my time we were more prudish, at age 12, we didn't know where children came from"