What can economists learn from Black Friday?

La dolce vita, but not for the pensionado

As many as three out of five players in the English Premier League are bankrupt within five years of the end of their soccer careers. In the American NBA league, it is the same for basketball players. But it is very different in the Netherlands. There, soccer players appear to have their finances arranged even better than the average Dutch person. And the CFK - a financial bridging arrangement for professional soccer players and cyclists - probably plays a major role in this.

Having been director of the CFK for fifteen years, Ben-Ivar Kolster knows who he’s dealing with. And in his current role as financial coach at the VVCS (the interest group for professional soccer players) he has seen the comings and goings of professional players up close as well. So, he was aware that not every soccer player is equally responsible with his money. But he didn’t think it would be as bad as is it is England and the U.S.

Kolster: “We saw those statistics projected one on one in the Netherlands. But because we did not recognize that image at all, we had it investigated by a student at the University of Utrecht. And guess what the outcome was? After their soccer careers, professional soccer players in the Netherlands have even fewer financial problems than the average Dutch person, according to the definitions of Nibud (independent research institute in the Netherlands that provides information about personal finance to the public). They have fewer payment problems, take out fewer loans and make ends meet more easily. No, that didn’t surprise us. Because the CFK is effective in taking care of things that could lead to problems for them, after their careers are over.”

Black hole
A financial buffer that gives professional soccer players and cyclists time after their sporting careers to prepare for a second career in society without financial worries. That’s how you could describe the CFK. For top athletes, it is often hard to accept reality once their career in sports has ended. Many struggle with the loss of their income and their daily structure and fall into a black hole. The CFK is aimed at preventing this, by building up a personal financial reserve. 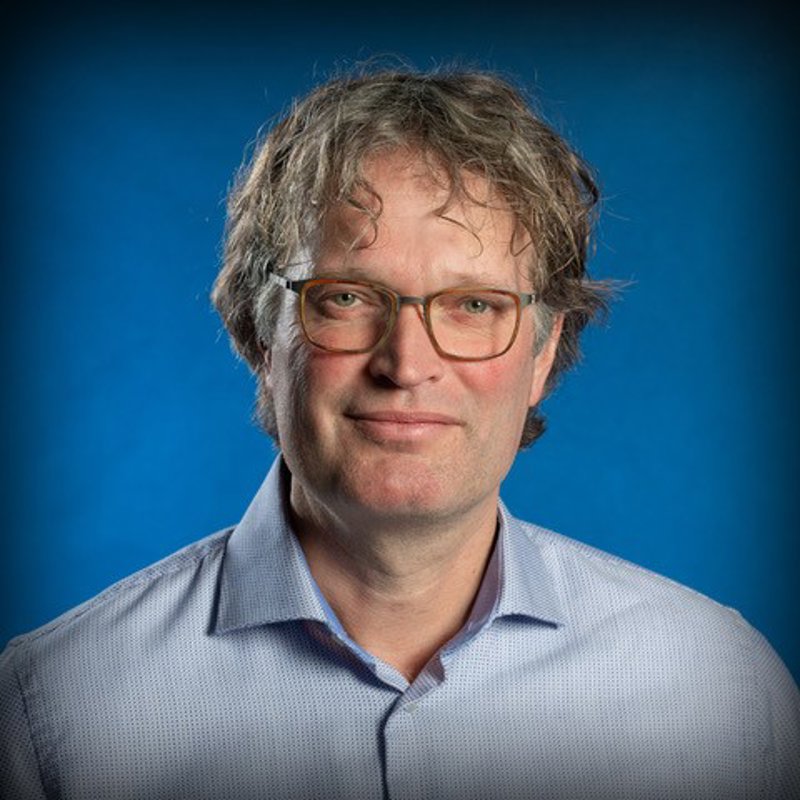 Gambling addiction
According to VVCS chairman and former professional soccer player Evgeniy Levchenko (who played for Vitesse, Sparta Rotterdam and FC Groningen, among others), such a reserve is no frivolous luxury: “Life after soccer is a test of sustainability, because the transition from soccer to a more normal life is really hard. You lose the daily structure and you don’t have a way to roll back into society. In fact, players are used as materials. They live in a closed world during their active soccer career where everything is done for them. All they have to worry about is their performance on the field. But once they stop, their agents often say: ‘That’s it, my job is done.’ And then they have to suddenly start figuring everything out for themselves. I used to think, how on earth did I manage to play soccer in the Netherlands for twenty years without knowing anything about practical matters such as tax and insurance?”

And it’s often not just the business agents, who lose interest in a player after he retires from his sport. Levchenko: “It is not uncommon for a soccer player’s wife to run off once his career is over. And then the step to drinking, gambling addiction and involvement in match-fixing is quickly made.”

In addition to their relatively minor problems, the research into the financial affairs of soccer players in the Netherlands also revealed that many players lack guidance on how to handle their money. Kolster: “That is not really so strange. In general, agents do not see this as their responsibility and may even be afraid of doing that. It is also hard for soccer players to know who to trust.”

“He’s in business”
Not knowing who you can trust. Maybe that is  why 20 percent of soccer players in the Netherlands do not seek investment advice from an investment expert, but in the locker room. Levchenko also heard teammates there regularly talk about the “golden opportunities” of certain investments or exotic asset classes like crypto currency. “Of course there are some players who invest well. But a lot of players I meet completely underestimated the business they invested in. ‘He’s in business,’ they say about other soccer players. But when I ask those players if they have looked into that investment, it turns out they have no idea what they are putting their money into. For me it is simple: I don’t know anything about pubs, so I am not going to invest in them. I’m not against high returns and risk. But you have to know the risks and spread them.”

The CFK: Origin and Regulation

At the end of the 1960s, a number of top players started earning more and more. For the first time, the Netherlands had full-pros. The VVCS foresaw a problem here, because most players did not save for the uncertain period after their careers. The high tax rate of 72 percent also played a role. So, there was a need for a collective savings plan that would offer professional soccer players more security after their careers.

With the establishment of the CFK in 1972, this plan came into being. During their active career, it is mandatory for players/cyclists (including foreign ones) to contribute a percentage (maximum 25 percent) of their gross income. That premium constitutes the deposit in a personal fund and is collectively invested by the CFK. No tax or social premiums have to be paid on this deposit. Immediately after the end of his/her professional career, the athlete receives a bridging payment for a number of years (depending on the personal fund balance and personal preference). The CFK deducts tax and social contributions on this.

In his role as a financial coach, Kolster tries to make professional players more aware of risks and to protect them against making the wrong decisions. “As VVCS we are quite defensive in our advice. We don’t believe in get-rich-quick schemes. Of course you can consider investing in crypto currencies, as long as you are aware of the risks involved. And that’s what’s lacking too often, because only the success stories are shared. I want to encourage players to think about their finances, including the pitfalls. If someone is going to emigrate, for example, he has to consider certain things.”

Kolster emphasizes that he does not take everything off the players’ hands, nor does he recommend specific investments. So, what does his advice look like? “We start with a player’s financial goal. I show them how they can invest in stocks and other securities themselves and in what ways they can outsource it. I’m not going to do it for them. But I also want them to think about taking courses etc., so they can make that transition to ‘normal life’ more easily. I always say: your greatest asset is yourself - your ability to have a career.”

Wrong people
Isn’t it easier to put players in touch with a good investment or financial advisor? “On the one hand it is, partially to prevent people from falling prey to the wrong people. But you want to be very careful about sending them somewhere in particular. Players who come to me for advice fortunately already have a tendency to handle their money a little more wisely. So it’s also easier for them to find their own way.”

However, there are also players who immediately spend the money they have earned on the field. Levchenko: “Many soccer players spend everything they earn anyway. They become accustomed to a certain lifestyle during their active years. But when you stop, you really have to change your spending pattern. Because suddenly, that high salary isn’t coming in every month. Players can sometimes be really upjumped and some suffer from loss of status after retiring.”

Bankrupt
Not all soccer players were always enamored with the CFK. In the past there were some players who put pressure on the organization to get their money - which was in the fund - paid out at once, says Kolster. Others, who were against having part of their money ‘stuck’ when they were younger, were happy about it in the end.

Levchkenko: “When you are young and think you can handle the world, you can lose a lot on investments. I know players who earned ten times as much as I did but were bankrupt soon after the end of their soccer careers. They can now fall back on what they have built up with the CFK. I would never advocate making the accumulated CFK sum available in one lumpsum.”

Protesting players
Levchenko also changed his ways later in life. “When I came to the Netherlands, I was 18. At the time, as a foreigner you could get an exemption from participating in the CFK. After five or six years I voluntarily joined the plan because it was just the wisest thing to do in my case. I wanted to save money, but noticed that it was going to other things. In retrospect, that was a very good decision.”

Kolster: “There is always a struggle between the individual and the collective interest. I respect it when someone says, ‘You don’t get to decide about my money’. But if you look at it from a more socially responsible point of view, if you can protect two thirds of the people from a lot of misery, why not do it? To protesting players, I always said: ‘Just see it as solidarity with the others. I respect your point of view, but we’re not going to change it.’”

Tried everything
What was the experience of transitioning to “normal life” like for Levchenko? “When I stopped at 35, I had to be reborn. For me that was a difficult time. For six months I just sat on my lazy butt and thought, who’s coming to help me? But nobody came. Eventually I picked myself up and took some steps. But others, who played higher than me, fell much deeper.”

For a year and a half, Levchenko tried everything. “I knew for sure that I did not want to become a trainer. I hesitated about a role as a soccer analyst. In the end, the main thing is that you get a lot of satisfaction from your work. Many players roll into something without asking themselves if it’s really for them. That’s why a plan like CFK is so important. It certainly was a lifesaver for me. It gives you time to see what you want to do with your life; to find your thing.”

Levchenko’s thing
For Levchenko, the presidency of the VVCS ultimately proved to be his thing. “I’m now in the position where I can help a lot of players by advising them and sharing my experiences - including the ones with the wrong business agents. I want to save players from the mistakes I have made myself and seen others make. Above all, I think it’s important that they continue to think carefully about what they are doing with their lives.”

Kolster: “Back in the days, the husband took care of all the financial stuff and when he died, his wife didn’t know how to take care of those things. It’s no different for a soccer player. Even during your active years, you need to know certain things - about taxes, for example. It’s your money. Because when you stop, you find out that people haven’t always been looking after your interests.”