“If everyone retired at age 40, our society would collapse”

“There is nothing worse than an aimless person”

Age with energy. When it comes to vitality and exercise for seniors, the revolution is starting in the athletic town of Heerenveen. Coaches with experience in top athletic fields are using their knowledge for the start-up organization De Fitte Frisse Fries (The Fit Friesian), whose aim is for seniors to come out of the corona crisis fitter and sharper than they went into it. 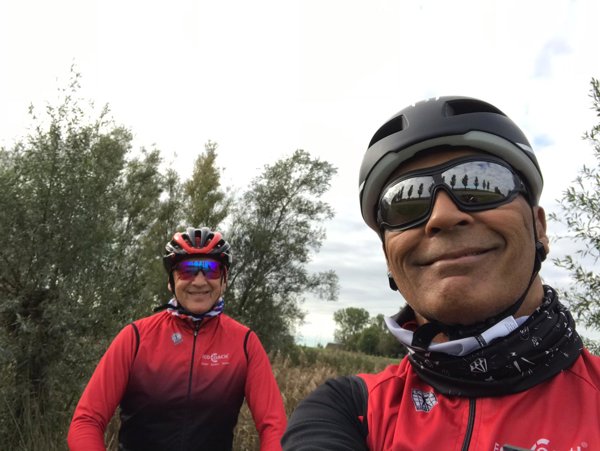 Professor of Neuropsychology Erik Scherder was the instigator. And now they are working hard at Sportcentrum Sportstad Heerenveen to actually turn the science into a successful mission, led by a successful Olympic coach. 75-Year-old Tjalling van den Berg is a phenomenon in gymnastics and equestrian sports. In his gymnastics school in Heerenveen, he made Epke Zonderland an Olympic champion and was never involved in any of the recent scandals in this sport.

Tjalling van der Berg is a passionate coach. And a familiar face in Heerenveen, where top athletes always know where to find him for some advice. Whether they are soccer players from SC Heerenveen or top skaters, Tjalling affects them all. With informal training in the gymnastics hall of Olympic allure or a good pep talk. The 75-year-old, who still wears a tracksuit every day, doesn't have an ounce of fat on his muscular body and is living proof of Erik Scherder’s theory that exercise keeps older people vital and sharp. And it has never been more true than now, during these harsh coronation times: exercise is of vital importance. As Erik Scherder says: “When you don't move, your immune system quickly deteriorates. That’s a good reason to cheer this on. Because what we all want now is stronger resistance.”

Retirement is a new start

In recent months, Tjalling van den Berg has gathered some great specialists around him in the field of nutrition, mental training, sleep and exercise. Together they want to make De Fitte Frisse Fries into a national campaign. According to Tjalling van der Berg, retirement is not an end point, but the start of a challenging new life in which vitality should come first. Mental and physical.

“Retired people are often much more concerned with peripheral issues. Theirs brain and bodies are no longer being stimulated. A lot of sitting is the new smoking; nothing happens anymore. Socially they just talk about the old days and hardly bother to pick up contacts again. As soon as work falls away and older people have to think of something for themselves, they stop being creative. Self-management hardly fits in with our society anymore.”

Professor Scherder's studies proved that a lifetime of movement stimulates the brain. That means walking, moving, making music, just being creative, picking up a study and staying among young people.

Armed with their knowledge from top sports, Tjalling van der Berg and his people now work with older people. "I really see that as a mission. In the past I got to work with top athletes like Epke and now I try to get hundreds of older people in top shape, physically and mentally, every year. We teach them to set goals again, to get energy. Sometimes it's about very simple things. For example, taking the stairs instead of the elevator. Or calling a friend every day or going for a walk with them. We've put a lot of energy into that. It's a way in which we can give them energy so that they can take another step forward. There is nothing worse than an aimless person."

What can a retired Dutch person who wants to keep up their vitality learn from top athletes like Epke Zonderland or Sven Kramer?

“Particularly things on the mental level. Discipline. Focusing. Force yourself to take 5000 steps on your pedometer or bike every day for four to six weeks. If you keep that up, without a personal coach to direct you, that top athletic discipline is a great way to get your life back into a good rhythm.”

Sven and Epke are very good at setting goals. “I want to live healthy”' or “I want to become an Olympic champion”. Both top athletic goals. Learning to deal with setbacks and difficult moments is also part of this. You always come out stronger”.

Where do things sometimes go wrong for older people?

“They often have no clear purpose in life after retirement. They think their life is coming to an end and they sit still. That's unfortunate. Someone recently spoke these beautiful words: 'In Africa, gray signifies wisdom, but here we say: if you're gray, take a trip.' As if that makes us happy. We have too much propaganda for the 'Swiss life feeling' for our retirees, when what we really need is active elders. They can still be very valuable. They show how you can be healthy as you age, they can give advice on how to deal with setbacks, how to become disciplined. They are great role models. But here, older people are looked at with something akin to pity when they do anything. We really must stop that.”

You must always get the most out of every single day

How hard are you still working at age 75?

“I’m busy with these kinds of things pretty much on a daily basis. I purposely choose things that give energy. That makes it easier for me to say ‘Yes, I can help you’, to a particular project or a person.”

You’re a coach 365 days a year. Your entire life. I think that, even when you get older, you should work on your physical, mental and social health. Don’t waste another day; that’s a mortal sin.”

And so, it’s not about just thinking about taking a trip through Europe in the RV?

“No, absolutely not. It’s so strange that people look forward to a weekend or a vacation and in between there is nothing. It’s like they can only stick it out all year because of a vacation. As I’ve said before: whoever invented the words vacation and work should be fired immediately. If you see your work as a hobby, you have a completely different approach. Then it’s not an obligation but a challenge. For older people, the transition is often where things go wrong. They look forward to retiring, then they may still do something for two or three months and then they seem to start isolating themselves. They shut down, literally and figuratively, mentally, physically and socially. What a shame. Plus, people who think positively on average live seven years longer than a negative thinker. Happiness is a great mindset for people to live longer.”

Has corona changed the perspective on aging with vitality?

“Yes, I think so. Corona has magnified everything. That’s what I like about it. Everyone sees corona as a problem; I see it as an opportunity. Corona is shining a light on the fact that we are naturally lazy people and that movement is our salvation. We have received a huge blow on all fronts. The healthy older person is now also magnified. They have to save themselves, take action. Escape from that little room, get back among the people and keep moving. I think that the corona crisis ultimately provides the insight that vital living has been underestimated here for years. That may even have caused more corona misery for a number of people.

So, we get to work with sleep coaches, nutrition coaches, exercise coaches and relaxation coaches. Together we look at this challenge: what can we do to get people who are not fit to start moving on all fronts? This not only means that I teach them to walk, but also that other coaches will join in: ‘What about your sleep, how do you deal with stress, what do you eat, how do you relax? Do you have a clear goal in your life? What are you good at?’ Together we form a platform to make all kinds of target groups aware that exercise is the medicine for a healthy future.”

The Fitte Frisse Fries movement seizes COVID19 to get stronger. Their goal is to make Friesland the healthiest province in the Netherlands. Lifestyle determines about 90 percent of your life expectation. That is why coaches work with setting goals, movement, being together, relaxing, food and sleep.