“Stan sees little windows, while we are watching all the doors”

Coal-fired power stations are being closed all over Europe, but at the same new coal-fired power stations are being built in Asia to meet increasing energy demand. This contributes to global CO2 emissions, which are a key driver of climate change. As a large investor, APG wants to realize a transition within Asian companies: from fossil fuels to renewable energy. That requires subtle maneuvering, persuasiveness and a long-term approach, says sustainability specialist Jaideep Panwar.

July, 2020 – The Indian company Reliance Industries Limited organizes a shareholder meeting. Due to the corona crisis the meeting is a virtual one, for the first time in the company’s history. Jaideep Panwar, sustainability specialist at APG in Asia, is following the meeting behind his pc at his office in Hong Kong. Chairman Mukesh Ambani shares great news: the industrial conglomerate - active in the oil and gas industry and owner of the largest refinery in the world - wants to be CO2 neutral by 2035. The company plans to deploy clean technology to transform the emission of greenhouse gas into new products and materials. Panwar almost falls off his seat in amazement. APG – which has invested in the company on behalf of its pension fund clients - has been engaging with the management for over two years about a more ambitious climate policy. However, he could not have hoped for such challenging objective.

Engaging with Asian companies on their climate ambitions is much needed. Although standards of living and per capita CO2 emissions in Asia are still (much) lower than in Europe and the US, economic growth in recent years has caused a considerable rise in the demand for energy and the consumption of fossil fuels in Asia. Coal-fired power stations are being used to generate electricity. China, India, Indonesia, Laos and the Philippines have announced plans to build new coal-fired power stations, according to the Global Coal Plant Tracker. Since 2000, Asian CO2 emissions related to the coal-fired coal plants have increased no less than 165%, according to data of the International Energy Agency (IEA). In that same period, European CO2 emissions by coal-fired power stations have actually decreased by 30%.

In order to achieve the Paris climate goals (limit global warming to well below 2 degrees Celsius and preferable 1.5 degrees), a transition from fossil fuels to renewable energy sources (such as solar and wind) also has to take place in emerging economies. As a large responsible investor, APG wants to contribute to these goals by influencing the climate approach of companies in which it invests on behalf of its pension fund clients. Panwar and his colleagues are working on engagement each and every day: calling the management to account for their responsibilities in terms of the environment and society, conveying investor expectations and giving their view on how fast management should consider owning or investing in renewable energy sources instead of fossil fuels. Not an easy road to travel, it seems.

Is engagement in Asia different than in Europe or the United States?

“Asia is a continent with huge differences. On the one hand, there are emerging economies such as the Philippines, India and Indonesia, and on the other hand, there are wealthy and highly developed countries such as Japan and South Korea. Malaysia, Thailand and China are situated somewhere in between. However, in all these countries the same holds true: that is not that common for companies to enter into a dialogue with their shareholders, as has been normal practice in Europe and the US for many decades now. This means we have to make greater efforts in order to get our voice as a shareholder heard. Another characteristic of Asian markets is that certain families or the government often hold a substantial stake in companies. In this respect there are similarities with Europe. In the US, the UK and Australia, company ownership tends to be spread more widely.” 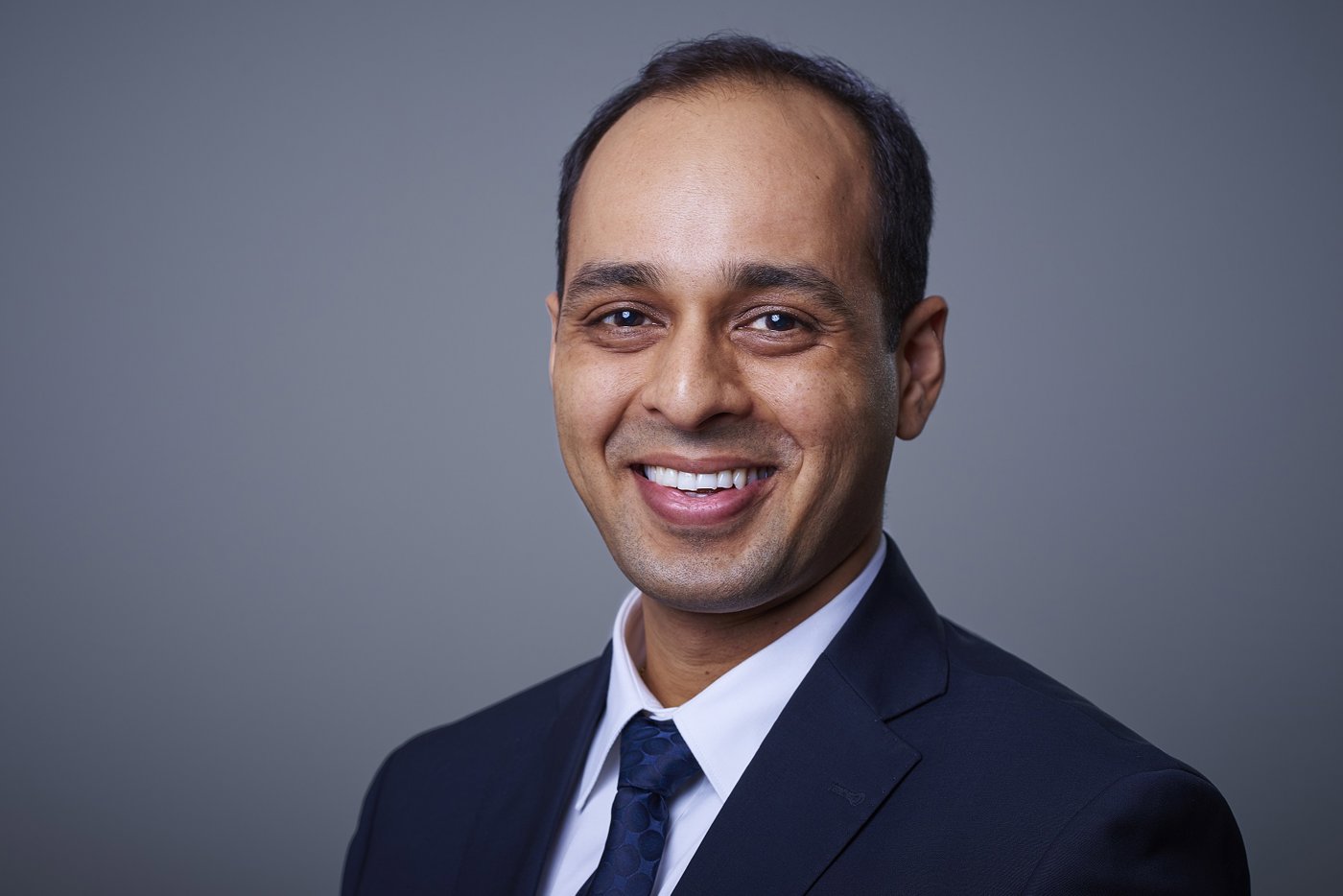 Control of Asian companies is thus often in the hands of the founding family or the government: how do you call them to account on their responsibilities?

What is working well and what is not?

“There is not one magic formula: every company requires a different approach and engagement is often a process that goes on for years. A forceful approach usually does not work. As a minority shareholder you often don't have a position of power. Or you end up realizing only a superficial success, meaning that a company will merely make public commitments while in reality nothing changes. I rather opt for a different approach. I engage in conversation with companies and their owners, try to understand their point of view and share our vision on the major problems in the world and the role they should play in that respect. It is a subtle game to play and you have to avoid the impression that you know everything better than they do. At the same time, you try to convince them using strong arguments that things have to change.”

Which arguments do you put forward?

"We show that saying goodbye to plans for new coal-fired power plants and switching from fossil-generated power to renewable energy is better from a reputational as well as from a financial perspective. Coal-fired power is CO2 intensive. If you build a new coal-fired power station now, you are committed to this source of energy for the next thirty or forty years. Whereas the costs of renewable energy sources, like solar and wind, continue to decrease and battery technology, for example, is becoming more and more competitive. In five or ten years, the energy market will look very different. So companies have to ask themselves: Who will purchase unsustainable electricity, if its price goes up in the near future? Who will finance the production of unsustainable energy? And who will buy a coal-fired plant if the company decides to sell it later on?”

For which Asian companies has that approach been successful?

“We have had many conversations with the management of AC Energy, the energy branch of Ayala Corp., one of the oldest and largest family conglomerates of the Philippines. We have shared our thinking with them that the expansion of coal-fired capacity will eventually lead to higher costs of finance, is not in line with the company’s sustainable reputation and would constrain our ability to invest in AC Energy. Last year, the company announced it will cease its operations in coal-fired power stations no later than 2030. Another example is the Indian company Reliance, also a family business. A global actor to which, in our opinion, a progressive climate policy should apply. APG discussed the matter also on behalf of Climate 100+, a partnership of large international investors. We were pleasantly surprised by the ambitious objective Reliance subsequently announced. However, we urge the company to supply more details: how is the company planning to achieve its objective, what are the intermediate goals and how will the company measure its CO2 emissions? A third example is the dialogue we entered into with the Malaysian energy company Tenaga Nasional Bhd (TNB), which is partly owned by the state. TNB announced at the end of last year to no longer invest in new coal-fired power stations. Furthermore, TNB will limit its coal-plant-based generation revenue to less than 25% in 2025 and increase its renewables portfolio, from 3.4 to 8.3 gigawatt by 2025.”

Are you pleased with these successes?

“Of course, that is both personally and professionally satisfactory. But it is hard to say whether this is the one-on-one result of our engagement. We are obviously also cooperating with other investors and companies make their own considered decisions. So we have to be modest. It does show, however, that our voice as a shareholder is heard and that engagement can lead to tangible results. The change in direction at Ayala, Reliance and TNB also has an important signal function for other companies in the region that, hopefully, will now also move faster into action.”

What do you do when companies don't listen and don’t change?

“If necessary, we increase the pressure. In general, we try to exert our influence as a shareholder. This may mean writing letters to management and other shareholders, entering into a dialogue with the company’s management, and of course using our shareholder vote. In specific circumstances, we may also talk to family members or the government. Furthermore, we may cooperate with other major investors and environmental organizations to take a stand or even seek media attention. For instance,  colleagues at APG did everything in their power to prevent the Korean energy company KEPCO from building new coal-fired power stations in Indonesia and Vietnam. When the company nevertheless continued the expansion, we sold our shares. We preferably only take that step when all our efforts appear to lead nowhere. We rather stay on board as a shareholder to exert as much influence as possible.”

What are the dilemmas you face on the path towards greater sustainability?

“That path is very much an uphill struggle. On the one hand we look at change in the long term for a more sustainable future from the investor perspective, and on the other hand we ask companies to take action now. During the current pandemic, the management often also has other priorities: keeping the company intact and ensuring that its employees are taken care of. Also, it is impossible to set the same sustainability criteria for all countries. In poor countries, with a lower average energy consumption and less environmental legislation, we must choose a different approach. A solution is needed to help poor countries finance the adaptation of their infrastructure to climate change. That brings us to the greatest dilemma I am struggling with: choices for a more sustainable direction have a large impact on people who have not yet had the chance to benefit from industrialization and economic prosperity. We have to strike a balance in that respect. Let’s hope that a combination of cleaner technologies, a growing willingness to finance them and a shift among businesses from fossil to renewable energy will lead the way to a more sustainable future, in which wealth and well-being are spread more evenly. In Asia and the world at large.”

“Selling in panic never is the smart thing to do”