587 Billion euros. That is APG’s total invested assets worldwide (end of May 2021). The goal: a good pension in a sustainable world for the funds’ participants. Naturally, the portfolio is broad. From investments in wind farms in Zeeland to shares in international hotel chains. And from safe bonds to the more volatile trade in gold or soy. Who are the people behind these investments? What drives them? What choices do they make? And why?

In this episode: Herman Kleeven, head of Focus Equities.

The Focus Equities investment portfolio has a strong long-term focus. Interests in companies are essentially taken for more than ten years. As the conversation kicks off, it is already clear why Kleeven is in this position. He is not interested in short-term results and believes in investing for the long term.

“We are sometimes put under too much pressure for the short term,” Kleeven believes: “Many investors say they focus on the long term, but the average holding period for a share is only nine months. The financial world is full of sprinters. Marathon runners are relatively rare.”

Kleeven is not surprised by this short-term pressure. “Reward structures are often designed to focus on short-term results. Incentives are usually given on an annual basis. In doing so, you create sprinters. With such a short investment horizon, you must, by definition, try to outsmart the rest. Otherwise you can’t beat the benchmark. But the equity sector attracts the smartest people in the world. And they all think they know better than the rest. That means you are competing against the world’s top sprinters and they’re not easy to beat. So, it might be better not to try to beat them at their own game. Maybe it’s better to focus on the marathon and invest for the long term.”

But the equity sector attracts the smartest people in the world. And they all think they know better than the rest"

From good to great
The Focus Equities team runs this “marathon” by taking large stakes in a limited number of medium-sized, listed companies with a holding period of at least ten years - preferably for more than 5 percent of the share capital. The team looks to move the companies from “good to great,” as Kleeven puts it. To achieve this, they have regular and in-depth discussions with these companies about improvement opportunities, including on sustainability practices and performance.

Kleeven: “We see ourselves more as a committed owner than a volatile shareholder. We currently have positions in 25 European companies and in 17 companies outside Europe. Eventually we want to have a portfolio with the 50 best medium-sized companies worldwide. We want to be among the ten biggest shareholders in each company, because that gives us a seat at the table where we can collaborate with management. Our average stake in these companies is about half a billion euros.”

Not an activist
That in-depth knowledge and close contact with company leadership is a form of risk management, Kleeven explains. “Normally you do that by spreading your investments over a large number of companies. Our risk management is based precisely on the small number of names, because it enables us to know a lot about those companies and keep our finger on the pulse.”

The Focus Equities team does not follow a short-term activist investment strategy in which a company that is performing poorly is forced, sometimes quite aggressively, to go for the quick profit, for example by forcing layoffs or divestments. “We don’t even consider companies that are not doing well structurally. We really focus on players who have a market leadership position within a certain industry and a healthy breeding ground for sustainability. We then try to further strengthen that leadership position. The chance of success is greater when a company focuses on its core activities. That’s why we avoid conglomerates.”

If you look at the list of companies that Focus Equities invests in, you will not find explosively growing disruptive technology start-ups there. Instead, they are “solid” companies with a proven business model, such as Arcadis, JCDecaux (bus shelters, billboards) and Tomra (packaging machines). The same goes for recent investments in WD-40, Vestas (wind turbines) and MSA Safety (safety gear, such as firefighting helmets and breathing apparatus). And that is no coincidence, Kleeven agrees.

So, if necessary, we don’t just bark; we bite"

Half a billion euros

“We like solid, almost boring companies with a certain predictability. We have to, because we deviate quite a bit from the benchmark with Focus Equities. If you have a thousand companies in your investment portfolio and one or two fail, your portfolio can take that. In a portfolio with a limited number of companies, you can’t afford that. So, we ignore risky companies.” Kleeven laughs as he sums up the approach: “Boring is the new sexy.”

The emission figures of the investment portfolio show that there is a breeding ground for sustainability at these companies. Globally, the portfolio’s carbon emissions are 67 percent lower than that of the benchmark. The European portfolio's carbon emissions are a whopping 82 percent lower than the benchmark. And of all the investments, 36 percent of the companies contribute to achieving the UN Sustainable Development Goals (SDGs).

When you invest half a billion euros in a company, you’re obviously not going to leave anything to chance. In addition to all the criteria like competitive position, sufficient return for the pension fund clients, financing and focus on core activities, the Focus Equities team also draws on expertise from outside the team. For example, from APG’s GRIG team (Global Responsible Investment and Governance team), local lawyers (for a critical look at the company’s articles of association), industry experts, a forensic accountant, and strategy consultants. 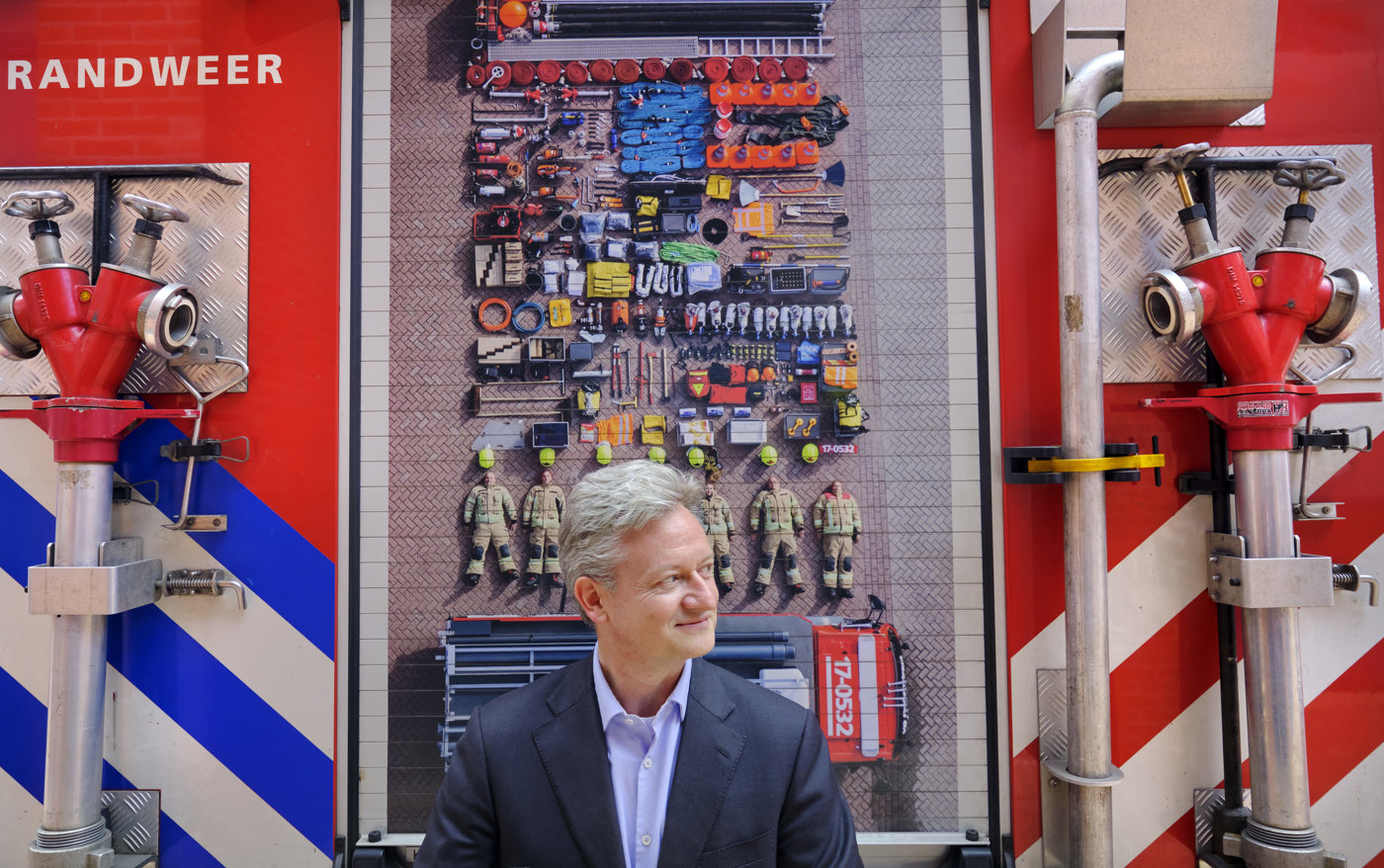 Look them in the eye
When all signals are “go,” the team will engage in a conversation with the company. “We want to look the executive board in the eye. And the supervisory board too because they test whether management is implementing the corporate strategy properly.”

Does such a conversation ever lead to the team abandoning the investment? “Yes, we regularly decide not to invest after all. Sometimes, when we have requested a conversation we get told, ‘but we already have shareholders’ or ‘we already talked to you five years ago, didn’t we?’ Look, if it’s that difficult to start a conversation, we don’t have confidence that we can build a long-term relationship with a company like that. It is inherent in that kind of relationship that you talk to each other regularly.”

Even if the initial exchanges give the impression that the company in question is not playing an open game or that its principles only exist on paper, the team will bow out. Kleeven: “Moreover, we don’t want our clients to be in the news in a negative way. If we have any doubts, we follow a pretty simple principle: if we can’t explain it to our children without blushing, we do not participate.”

Gloves off
As a rule, discussions with management take place a few times a year. In principle, the discussion always focuses on the long-term prospects of the company. These meetings are usually conducted in a good atmosphere. But there are also times when things go sideways in the boardroom. For example, that time when a company in the Focus Equities portfolio became a takeover target. Kleeven: “At a certain point the company was approached by a potential bidder. But because the acquiring party did not like the management, the company rejected that rapprochement. Then they went looking for a white knight and accepted a much lower bid from them. Many boundaries were crossed at that time, including the fact that management had given this white knight access to the books. That access gave the white knight a knowledge advantage. For us, that was unacceptable. We did not want the company to be taken over in the first place. Certainly not at that discounted price. We wanted the company to create value for the long term, for the benefit of the pension participant. It turned into a very serious clash. Our discussions with the management at the time were not friendly. That’s when the gloves come off. We are generally an amiable partner to the companies we invest in, but we are ultimately there for the participant. So, if necessary, we don’t just bark; we bite. We might do that by seeking publicity, for example, but also by pursuing legal options. Fortunately, the latter has never been necessary so far. In this example, the takeover ultimately proved unavoidable, but we did ensure that the takeover bid was raised three times.”