Green government bonds are issued by governments to finance “green” projects. They usually offer the same interest rate as their non-green counterparts and also provide an opportunity to contribute to a country’s climate efforts.

The Canadian bond is accompanied by a clearly defined list of green initiatives for which the proceeds may be used. In addition to projects that invest in renewable energy or provide protection from the effects of climate change, there is also an important role for conserving biodiversity in water and on land. This use of proceeds is important for preventing greenwashing.

Chris Lam: “APG has been strongly committed to the growth of green, social and sustainable (a combination of green and social, ed.) bonds from the beginning. But we do set requirements for their sustainable content. To make potential issuers aware of our expectations and to encourage healthy market growth, we are in constant dialogue with them. In 2019, we also published our Guidelines for Green, Social, and Sustainable Bonds.”

Investing in bonds with a sustainability focus has really taken off. More and more governments are now also issuing green government bonds. At the end of 2021, APG invested 7.3 billion euros in green government bonds on behalf of ABP, bpfBOUW, SPW and PPF APG. The vast majority of these, 7.25 billion euros, are bonds from developed countries, such as France, Belgium and the Netherlands. Just under EUR 50 million is invested in government bonds of emerging countries, namely Guatemala and Egypt. Add to this the investments in corporate bonds and, at EUR 17.6 billion, APG is one of the world’s biggest investors in bonds with a sustainability focus.

Lam does expect the trend in developed economies to level off after years of tremendous growth. “On the other hand, the European Union will become a major issuer of green bonds.”

Green bond investments are part of a broader approach to assessing climate risks in the fixed income portfolio. “Green bond issuance is a signal to us that countries have the ambition to mitigate climate change or take measures to guard against its effects. It gives us insight into the concrete steps governments are taking to combat climate change and to prepare the country for its physical impact.” 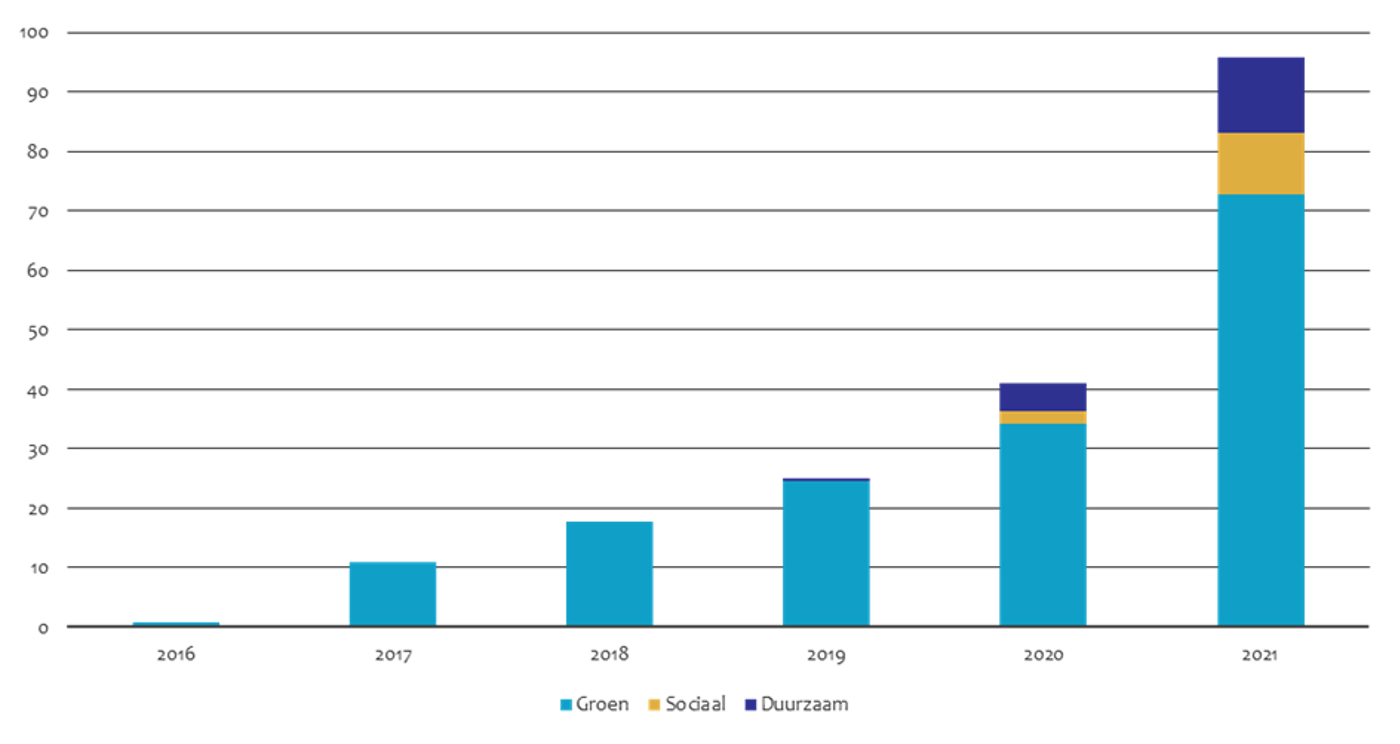 APG is identifying which part of the government bond portfolio is invested in countries with a high climate risk. Lam: “These risks can be the result of physical effects of climate change, such as changing weather patterns, severe weather conditions or rising sea levels. We call this physical climate risk. In addition, countries also face transition risks: in a world where policy measures are being taken, regulations are being tightened, and the economy is shifting to a low-carbon economy, not all countries can keep up to the same degree. And some countries are better equipped than others to cope with climate-related events and changes.” 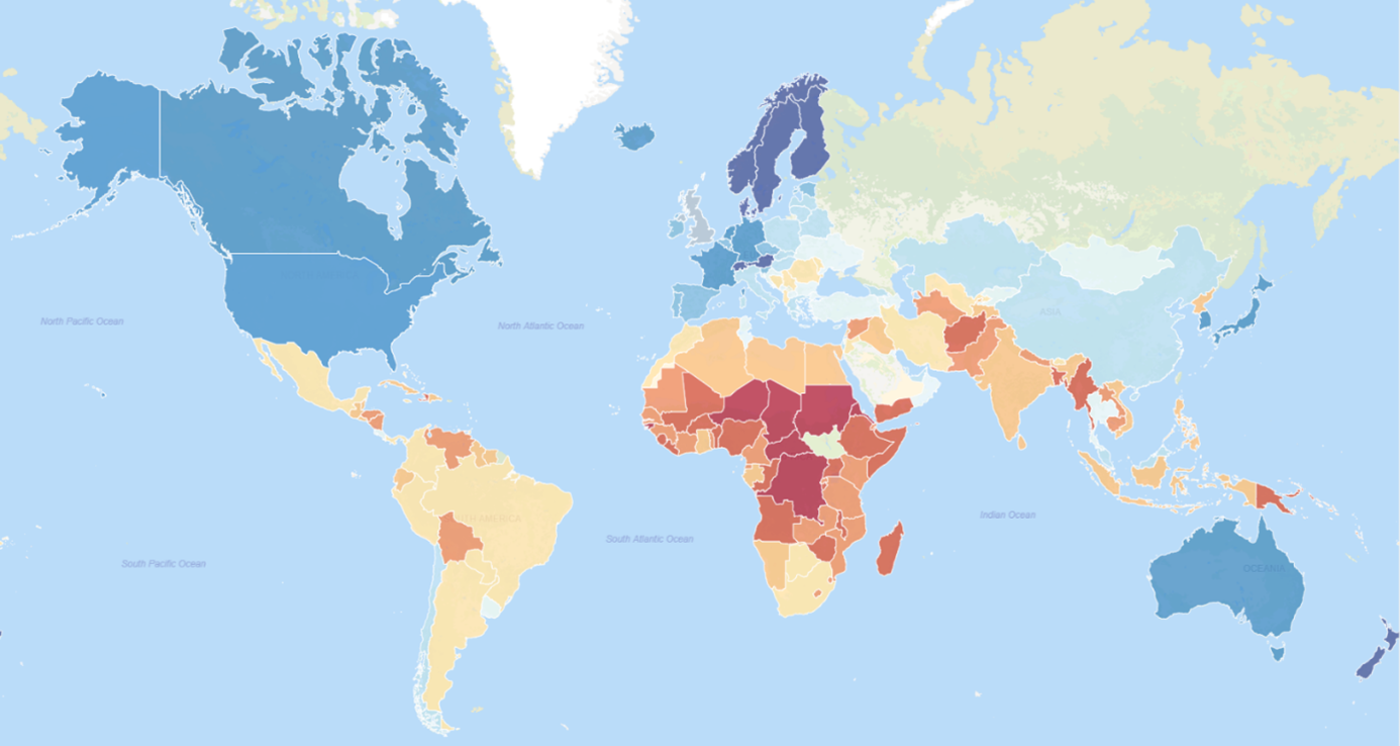 To determine a country’s physical climate risk, APG uses indicators from ND-GAIN. These show a country’s vulnerability to the effects of climate change, and the extent to which it is prepared for them. For the transition risk, APG looks at how dependent a country is on fossil fuels, how much carbon it emits (carbon intensity) and to what extent it is capable of switching to a low-carbon economy.

Lam: “Currently, APG invests mainly in government bonds of countries with a high credit rating for its pension fund clients. Our research shows that such countries are generally less vulnerable to the consequences of climate change. Thus, they have more means to arm themselves against the consequences of climate change. The market for green government bonds from emerging countries is still in its infancy. If it grows, we can also invest more in this, and we can contribute to sustainable developments in these countries and help reduce climate risks.”

As one of the first major investors, APG is also calculating the carbon footprint of the developed and emerging market government bonds in its portfolio as of this year. “With over 160 billion euros’ worth of investments, government bonds are an important category in our pension funds’ portfolios. For us, measuring the carbon footprint is an important next step in our climate approach to contribute to the increasingly ambitious sustainability goals of our pension funds.”

Bridging the gap together

“Stay radical! And keep engaging as many companies as possible”

Voting during annual general meetings: this is how it works

Is the crypto market bubble bursting?

Are Dutch pension funds running the same risk as the British funds?

Does lower consumer spending have any economic benefits?